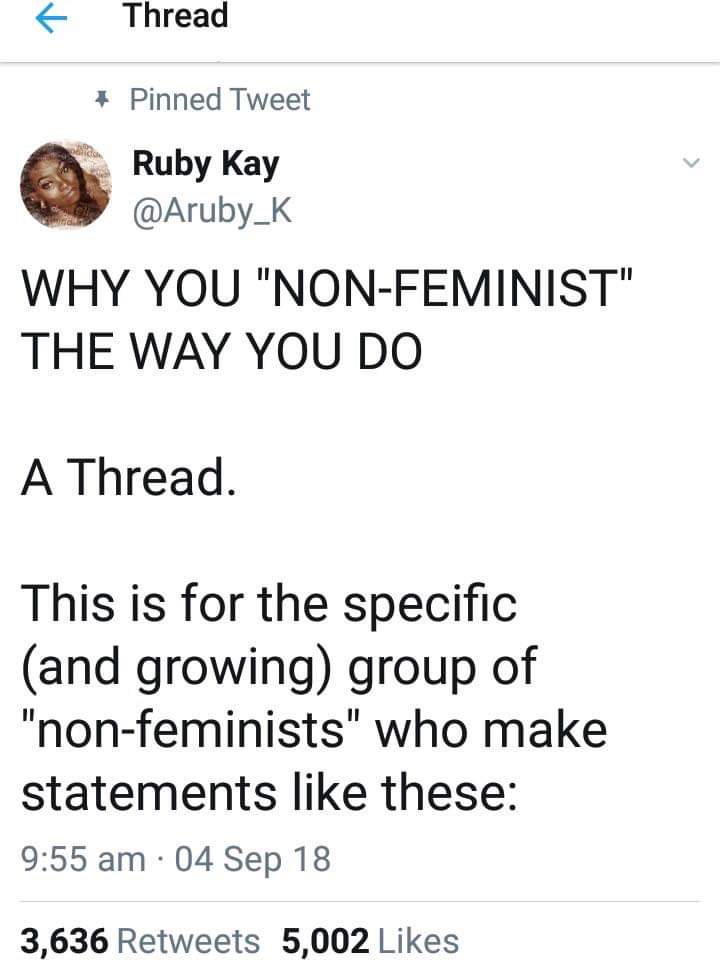 A feminist on twitter known as Ruby Kay shared a tweet where she encouraged her fellow feminist to be proud of what they are and not to deny it because of silly comments from the society.

She pointed out that females where always graded low in the society and it was time for a change.

She added that it was the “feminist extremist” that has given a bad name to Feminism. But it shouldn’t shake the faith of those who believe in the course.

In summary, she charged ladies to be whom they are and to be “unapologetical” in their decisions.