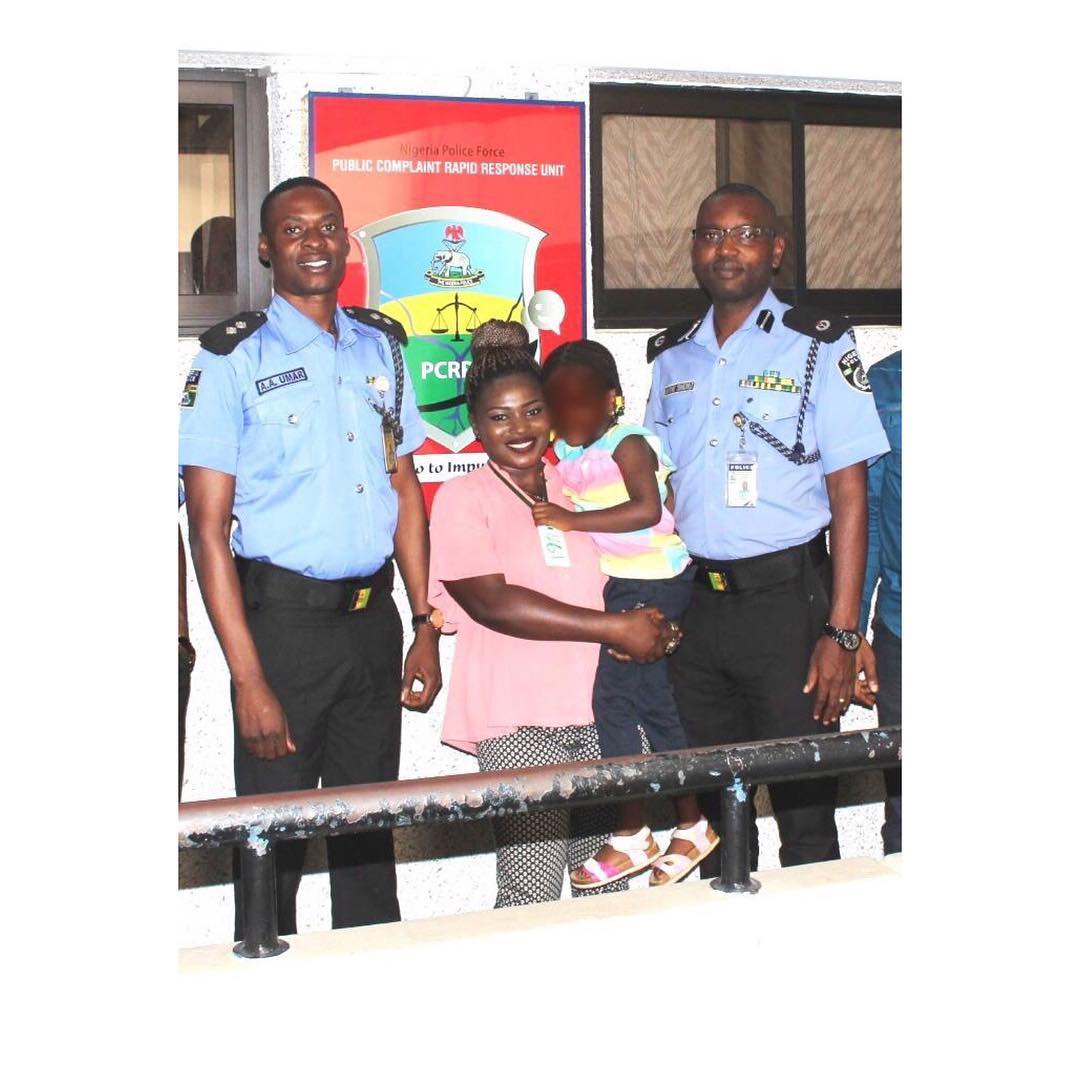 Police reunites mom and daughter after 2yrs of forced separation
.
The Nigeria Police Force’s Public Complaint Rapid Response Unit has reunited a 4-year-old girl with her mother, after two years of forced separation by her ex boyfriend.
.
.
The lady had approached PCRRU, on December, 5, 2018, to narrate how her daughter was forcefully taken away from her, in 2016, by the family of her ex boyfriend, who has since relocated to South Africa. .
.
The said family had boasted that she will never be allowed access to her daughter again, after which her daughter was taken to Kaduna State to stay with her grandmother. .
.
The lady also stated that all efforts made to see her daughter proved abortive as she was threatened with violence.
.
.
However, within five days of her report to the police, the Officer-in-Charge of Juvenile and Women Centre (JWC) of the Kaduna State Police Command, was able to bring all the parties together.
.
.
It was later discovered that the girl was more interested in being with her mother and not the grandmother. .
.
It was then resolved that the be released to her mother considering the fact that her father has relocated from Nigeria, more so, the mom was also discovered to be a responsible and working class woman.