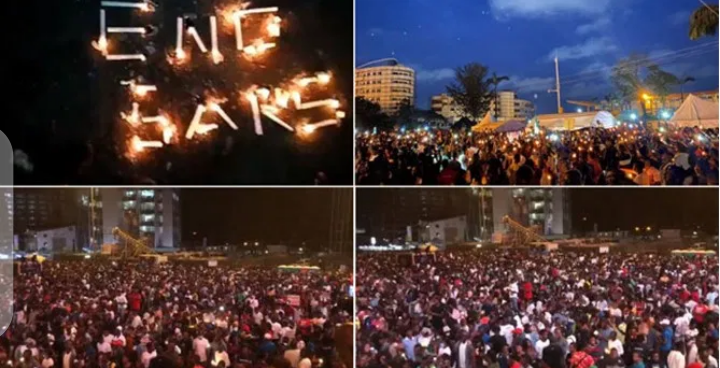 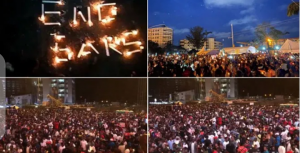 Bayo Adedosu, a Nigerian man based in Canada, has offered cash reward to anyone who can come forward with evidence of casualties from the shooting of protesters at the lekki toll gate, Lagos on the 20 October,2020.

Recall that on the night of Tuesday, october 20, the Nigerian Army opened fire on End SARS protesters leaving many killed and not less than 15 killed, according to Amnesty international. 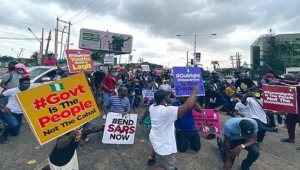 1.2 million naira reward offered to anyone to anyone who can present evidence of casualties of Lekki shooting.

Following the questions raised over the victims families refusing to come and claim their ward’s body, Bayo Adedosu offered the sum of N50K to anyone with proof of the shooting, which was furthered raised to the tune of N1.2m by random donors.

” Good morning fellow Nigerians. In the spirit of  truth and justice, I am putting down 50k as a reward for anyone who can forward with VERIFIABLE pictures of dead people from the lekki Toll gate “shooting”. Pls note  that sending fake pictures comes with dire consequences.

“You must be ready to prove that you took the pictures, the pictures must have timestamp and be assured that you are safe. The money has increased to 150k naira with two people adding 50k each.

“This is not joke. Let’s put a closure to this debacle today. It will also if you can send pictures where DJ switch was dropping the bodies of the dead at the feet of the Army commandant or her blood stained outfit from lifting the dead bodies drenched in blood.”

1.2 million naira reward offered to anyone to anyone who can present evidence of casualties of Lekki shooting